An Insight into Kerala Tourism

As the dawn cracks, Kerala gleams, beckoning visitors yet another learning day in the state. Dolled up in green, the state calls out to travellers from far and near to relish a holiday in India unlike any other. Kerala’s major allurement lies in its topography; where it is fringed by the azure blue Arabian Sea on its western side, the east is protected by the mighty and famed Western Ghats. It also enjoys a cordial relationship with some scenic destinations of the neighbouring states of Karnataka in the north and Tamil Nadu in its east and south.
The state opens its doors to beach holidays, family vacations, honeymoon tours, wildlife adventures, ayurveda treatments, cultural tours and pilgrimages. Thus inviting travellers of all kind to satiate their wanderlust. Running parallel to the Arabian Sea, the coastline of Kerala, measuring 580 kms in length boasts some of the most picturesque beaches in India such as Varkala, Kovalam and Marari. Adorned with array of swaying palms and coconut trees, the beaches here an important part of the Kerala tourism. Expect lazy days of sunbathing, thrilling hours of watersports and cozy moments of strolling on the sandy beach, what more, the picture perfect sunrise and sunset view is something that can remain etched in the memory forever.
Giving a good run to pristine beaches are the backwaters of Kerala; and a cruise along them is probably the most amazing experience that the state can offer. On, what is called, Kettuvallam, explore the labyrinthine network of rivers that renders a glimpse of the villages and unique lifestyle of Kerala. For the best backwaters experience in Kerala, ideal choices would be Alleppey and Kumarakom on the edge of Vembanad Lake, and Kollam between Ashtamudi Lake and Arabian Sea.
An ideal holiday in Kerala would mean exploring the different colours and moods of the state. And what allures travellers in the state is its diversity. The way the topography drastically changes within a distance of 150 kms is what leaves the tourists thrilled, also, how each landscape compliments the other is also quite exciting to witness. Kerala's beach and backwaters are accompanied by its lush and surreal hill stations, of which Munnar, Wayanad and Vagamon are the best examples.
Dotted with rolling tea gardens and lush vegetation and comprising pure air, tranquil surroundings and the warmth of the people, they make for some great travel destinations in Kerala. Within the rocky cliffs of Kerala, there are some more beautiful secrets. Nelliyampathy and Kalamachal are quite scenic hill stations along with Devikulam and Idukki, which also some of the most scenic destinations in Kerala.
In Kerala, tourist can catch sight of the chattering waterfalls, cascading from gigantic rocky cliffs. The swishing and whooshing sound of the water streams add to the mesmerizing beauty of the state. Athirappilly, Palaruvi, and Thommankuthu are some of the gorgeous waterfalls in Kerala. The waterfalls can be seen in full flow right after the monsoon season. These waterfalls might not be the highest or most voluminous, but they are definitely some of the most beautiful.
With Western Ghats on its side, Kerala is a delightful specimen of rich flora and fauna. Lush green surroundings and climatic conditions make Kerala an ideal habitat for a large number of migratory birds.

More than 500 species of migratory birds can be found in Kumarakom Bird Sanctuary, Chinnar Wildlife Sanctuary, Periyar, and Thattekad Bird Sanctuary. Around 3500 species of flowering plants have been identified in Kerala, as well as countless numbers of grasses, ferns, and herbs. Home to many charismatic species, Kerala harbours some of the richest biodiversity in India. Beasts can be the beauty as well, and elephant pageants in Kerala are a perfect example of that.
The area of Thrissur and Palakkad are home to 700 elephants . There is the Periyar Wildlife Reserve, which home to majestic tigers. For a slightly different adventurous experience, one of the best things to do in Kerala is visit the Parassinikkadavu Snake Park. Various snakes are preserved in the Parassinikkadavu Snake Park, including the mighty King Cobra.
Another aspect that is worth exploring in the state is its rich culture and traditions, which in every way leaves visitors smiling. Be it dance forms like Kathakali and Mohiniattam or the martial art forms such as Kalaripayattu; be it boat making skills or the coir products or the thrilling snake boat races, everything has its own way to charm the visitors.
A wide array of Ayurveda treatments that are based on Ashtangadhridaya text, make Kerala an important hub for wellness tour in India. The state is famed for its five-pronged treatment, panchkarma in which herbs, milk, medicated oils, massage and a special diet plan are included. Those seeking treatments with ayurveda in Kerala can visit places like Palakkad, Poovar, Kovalam and Kumarakom. The tourism of Kerala is scented with aroma of its spice markets, the state boasts growing and selling finest quality of spices and the best place to test it is Kumily near Thekkady.
Kerala is also home to some of the most impressive churches, temples and mosques. St. Francis Church in Kochi is believed to be the oldest European built church in India; it was once created by Portuguese Franciscan friars in 1503. The famous Portuguese explorer, Vasco da Gama was buried at St. Francis Church for 14 years. The state was once home to the Jewish community. In Kochi, there is the famous Paradesi Synagogue of the Jewish community; it is the oldest surviving synagogue in the Commonwealth of Nations.
In the heart of Thiruvananthapuram, there is a 360-year-old Shri Padmanabhaswamy Temple, which is claimed to be the richest temple of India. Kerala is a surprisingly relaxed state that offers plenty in terms of spiritual enlightenment. Apart from spiritual destinations in Kerala, the museums have proudly carried forward its age-old cultural legacy. They are a timekeeper of the history, as they showcase a large number of artefacts and remains of the times. One can see a large number of copper and bronze sculptures. In the museums of Kerala one will discover a wide collection of coins and artefacts belonging to ancient times.
We, at A Trip to India would be happy to help you explore the scenic destination of Kerala, and therefore, offer to you best Kerala holiday packages and deals. With our best Kerala travel packages, you can rest assured for a hassle free and memorable holiday in Kerala. 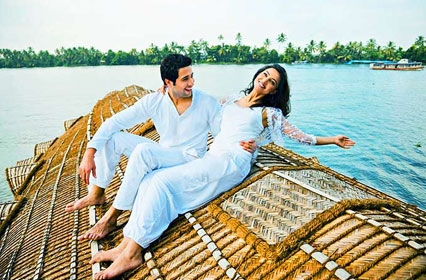